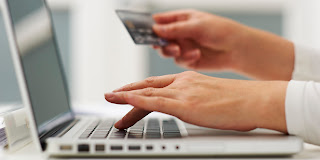 Anyway my cousin's wedding is coming up - and since I have been asked to avoid wearing saree -  I went ahead and used this opportunity to purchase ready made anarkali suits-  two of them from 2 different online stores and they charged two different currencies which came up to a total of two hundred dollars. Then I bought costume jewels to match the one suit chosen for the wedding from a very famous online store that had actually designed their jewels for a very famous movie.

I chose and bought a choker and nose ring -  that cost me five hundred. When I took a look at it when it came all the way from India within four days-  I was pretty sure my mother would have whacked me with her chapathi roller. Felt utterly fooled. It was as exactly as it was in the website -  just that when I saw it physically - I realized I wouldn't have spent that much for it if I had seen it elsewhere.

Anyway along with the cousin's weddings expenses, I bought a refurbished iPhone for mum, gold locket for mum for Mother's day, books and cook ware from Amazon India ( which my brother in law has helped to bring it back from Chennai for me) sleepwear, working pants, and tunics from Marks and Spencer's ( I bought it online and then additional cost to have it shipped to Singapore - they don't have my size here),

Some more books here in popular Bookshop in April and then in Kinokuniya in May, Then in a fit of anger with my husband I bought a new laptop ($800)  - which truth be told I only used it like maybe thrice in the last three weeks since I bought it. Then I bought shoes and some more clothes and then some more online.

And today I felt disgusted cos I just spent another hundred bucks getting some more stuffs. And I have had it. I have decided to keep my credit card at home. (By the way did I mention anywhere that I settled a credit card and a loan and closed them up?)

Even as I was spending, I was wondering why I was going on about it. They were all my wants, not even the needs. I was working on something on a psychological level I think, hence the desire to go bankrupt.

Anyway I felt the switch go off for it today. I just knew it. Maybe I have reached the limit of my own inward sense of expenditure. So I am not going to shop anything online (except grocery shopping -  that however is paid for by the man).

Soon, I will put on the stuffs I bought frivolously for the wedding -  and you be the judge to see if they were really worth it.