Another Baby! No thanks

Somewhere around the end of every year -  I get the itch to try for another baby. Why this happens is beyond my understanding of human biology and hormones. So I will set up an appointment with a specialist doctor and pay a huge amount of money just because my last appointment was over a year ago. I will go through the weight/height check and with a thick skin I will hand over the paper to the nurse and she will confirm in her loudest voice ,"Ma'am...just to reconfirm ah..your weight is XX??". Again another layer of skin forms around me as I confirm yes, and go back to my seat to wait for the doc.

After an hour of waiting  -  past the scheduled appointment time -  I will be called in. The doc will call out my file in her system and she will skim all the details and then look at me -  again scanning my hair, my skin, my complete body structure and then will proceed to ask me whats up. I will be like -  "I want to get pregnant -  help me out in here".

She will then again go through my file. Repeat the case back to me. Ask for a new set of tests to be conducted. I will then hand over the last tests results. Scans it again -  repeats it to me again. Then look at me. 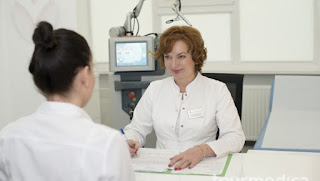 "Its the weight." -  Yes I know thank you very much. I have tried to lose it, but all my half hearted attempts have failed not surprisingly -  cos they are very half hearted.

" You cannot conceive naturally" -  Yes again - thank you very much. I was there to check if IVF will apply for me anyways.

"You must try IUI" -  Excuse me doc. There's no issue in getting the sperm into me. Its that the sperm is going around when there's no party! No egg - no party you see? The sperms are in an empty room. Like all the time. I got millions of
potential candidates all hyped up for a party in a room -  but there's no party. You got that?

"You are overweight" -  Ok. Thought so. Increase in weight will induce issues later in pregnancy to the mother and child -  aware. 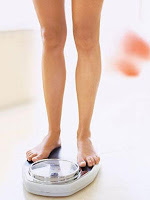 "Meet me in 3 months time. Get your weight down then and we will continue from there".

And that's how people I restart my quest to have another baby every end of the year. It never happens. I can pay any amount of money, I can eat any amount of pills, go to any treatments, get myself poked here and there -  but I cannot for the life of me -  reduce the damn weight.

Close to somewhere around three weeks ago -  I met an Indian lady in the library in the Cook book section. She smiled and so did I and then she started talking. I know it sounds weird -  but this happened.  We talked a bit about cookbooks and all and then she asked me out for a coffee if I had the time ( the days guys would ask me out for a cuppa has now long gone!).

We then went to the in-house cafe in the library, and chatted over a cuppa. We talked about her life a bit and then about the choices shes making, like getting out of the country, doing something for the community and adoption. She was getting to be 50 in a couple of months or so. She couldn't have a child of her own and I think that drove her to some kind of depression,

So when it came to my turn -  she was wondering why I was not going for another child. She was amused at my half hearted attempts. Told her that I would start the project, and then lose the interest somewhere in between and then I will restart it again.  I have no issues -  except for the weight. But I can't seem to lose it. So that lady -  began to write down her tips to lose weight on a piece of napkin for me. What I should be including in my diet, the amount of protein and carbs I should have and so on. She was so sweet as well. I lost her number ( wrote it in a napkin). Her advise before we parted was for me not to give up on my hopes of having another baby. She told me to try it now before I hit 40. Hence I tot of giving it a try.

But there were some other factors too -  that I had to consider. Which come to think about it -  I only seriously thought about it in the morning -  today.

First of all -  I can't seem to lose weight if I just control the food I eat -  but also if I don't exercise. I hate to exercise now.

Secondly -  going through the whole shebang for a child again after a long gap -  is unimaginable. I wrote about this somewhere - hence not going to repeat it.

Thirdly - I am only going to bring another child into the world if it has a chance of being in a happy home. My relationship with the man of the house is at a room temperature now. And it might colder as the time passes on.

Fourthly  -  My husband  would like to have another child - no problem. But hes also half hearted with the attempts. Forget about sex ( like I said -  I have sperms at the room all the time), but for treatments and followups - they all need money. When there's no money coming in -the treatment of course stops. He rather gives away the money to maybe his loans, parents and family than to me and for my treatment. I don't like to be at the other end of taking the money. I rather give than take. Ego it may be -  but this is this. We have talked about it before but in the end -  it becomes an argument. Another bone I chew. So rather not.

If I cannot guarantee the life expectancy of my marriage -  I rather not have another child.

So today I had an appointment -  I postponed it to another 2 months time. Maybe by then, things will be different. Who knows.
Labels: fertility ivf library marriage pregnancy treatment