my lame review on a movie translated as Tiger

I am falling sick -  my immune is down. That's the headline this week.
Lets go to the sideline.
My SIL was here - and she left.
Lets go to the next side line.
I watched the latest Tamil movie " Puli" ( Tiger in Tamil).
I want to talk about that.
My policy is never to open my mouth (or type out) anything I have nothing good to say about. But theres some good stuff I need to say. Hence today's movie review post.

Please check Google for more about the movie, who acts in it, and the story line.. But don't believe the summary of it. One  mentioned that a guy travelled back in time to save a princess. Which is definitely not true.

First -  a disclaimer to those who have yet to watch the movie.
If you have watched the massive chart buster -  epic movie "Baahubali" -  please lower your expectations  before you watch this.

Secondly -  I am not any hero's fan. So I'm not a paid blogger to blog about this guy's movie.

"Puli" was good visually.
I liked the actress's makeup and costumes. They fit the timeline of way back in time kind of stories. The graphics was good, the props were good, the story is actually good. And its a good step forward in the Indian movie industry.

The genre is Fantasy - but it was mentioned in the beginning of the story that its an ancient Tamilian story. So if its ancient -  the Tamilians of that time line were tall, dark, and had long hair. Look at the image below which I got it from Google -  that's an Indian prince character - and he nailed it. 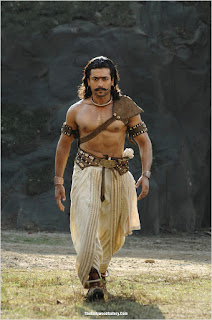 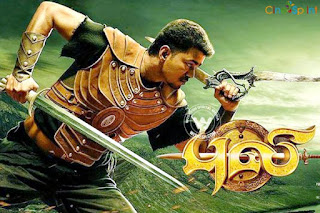 I would have have not much complaints if he looked like this : 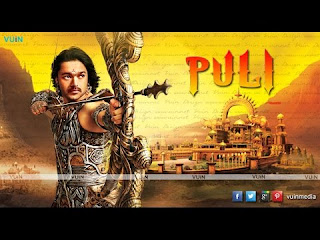 Next - I thought it was a serious movie. But the dialogue delivery was pathetic. The comedy was not good enough. In fact -  I think the comedians did a better job holding on to the movie. There was no depth in the main character at all. I think the hero got the story wrong or something. Maybe the initial story was that he time travelled back in Ancient India - so the comical dialogues and all. Then after Baahubali came -  they decided to change the story - maybe thats why the delay. I don't know.

I honestly have no issues with the rest of the story. The animals, the other characters -  they were ok. They fit the story. But I feel the hero -  did not fit the story line at all. He was supposed to be a prince and a warrior. But he was acting as if he's a cop in modern day Chennai. The getup he had acting as his dad  -  that was wonderful. But not as Madeeran.


I read the news that "puli" did much better than "Baahubali". I can explain.

First of all -  no one expected Baahubali. We were still thinking its going to be like Asoka or something and no one but Telegu people knew who Prabhas was. The movie did well with word of mouth. I watched it twice in theatres and will spend my money on it again just to watch it on big screen. It was that awesome. (You rock Telegu people! You have the original story lines and you have good looking hunks as well!)

The fact that Puli did better is simply because of his fans. Vijay has a young fan base - as young as 2-3 years olds. And kids will simply love this movie because of talking turtle, and witches and magicians. And FYI - there are millions of children in Tamil Nadu alone. So the success.  But people like me -  I would like to see war -  styled like Gladiator or Lord of the Rings or something.

So people I warned you. Lower your expectations.
It has a good story line - beautiful actresses and visuals. Watch it.