Raihaan has officially graduated from his kindergarten. His graduation was on the 14th of November, Friday and it took place at Chevrons. All the students took part in the school play about Gruffalo and though Raihaan's part was mostly in Mandarin -  the whole play took place efficiently. I would say the graduation was a success. I will not deny -  I had tears in my eyes and it was so hard to be in control the whole time. Raihaan was so cute and confident throughout. I don't think he was nervous or anything like that.

After the graduation was over - somewhere almost around 10pm -  his teacher Ms Dahlia and two other teachers invited us to join them for dinner at Clementi Road and we did. Raihaan had fun with his friend Rayaan ( Teacher Dahlia's 9 year old son) and we the adults talked about the show. By the time we got back home-  it was close to midnight.

The next day -  Raihaan's orientation. So imagine me -  sleeping late -  waking up early and trying to get the household ready and be out of the house as soon as I can. But cos hubby took this own time - we had to skip breakfast. And the effect was very telling. By the time we registered Raihaan and took our seats in the hall for the orientation speech by the principle -  our tummy started to hurt. The speech by all the necessary HODs and PSGs took more time and when it was finally over -  I was very hungry.

It is during orientation that the school bus transportation along with the school uniforms and books are purchased. The line for each was extremely long. So we took Raihaan's measurements first, decided which size fits him and then noted it down. Paid the money for the transportation ( which was a hefty SGD95) and then walked out to the nearest McDees for a quick lunch. Then back again to stand in queue for another 20-30 minutes before we managed to purchase the uniforms. I still have to purchase another 3 more school shorts - they were out of it by our turn. So we will get it next month or something. The school books were already ordered online -  so we didn't have to carry a box along with the clothes on the way back home.

So all in all -  the orientation was a tough day- which I assume would have been easy if we had our breakfast on time.

The next day - I noticed my phone made a short video of the graduation( part of its latest patch I guess). 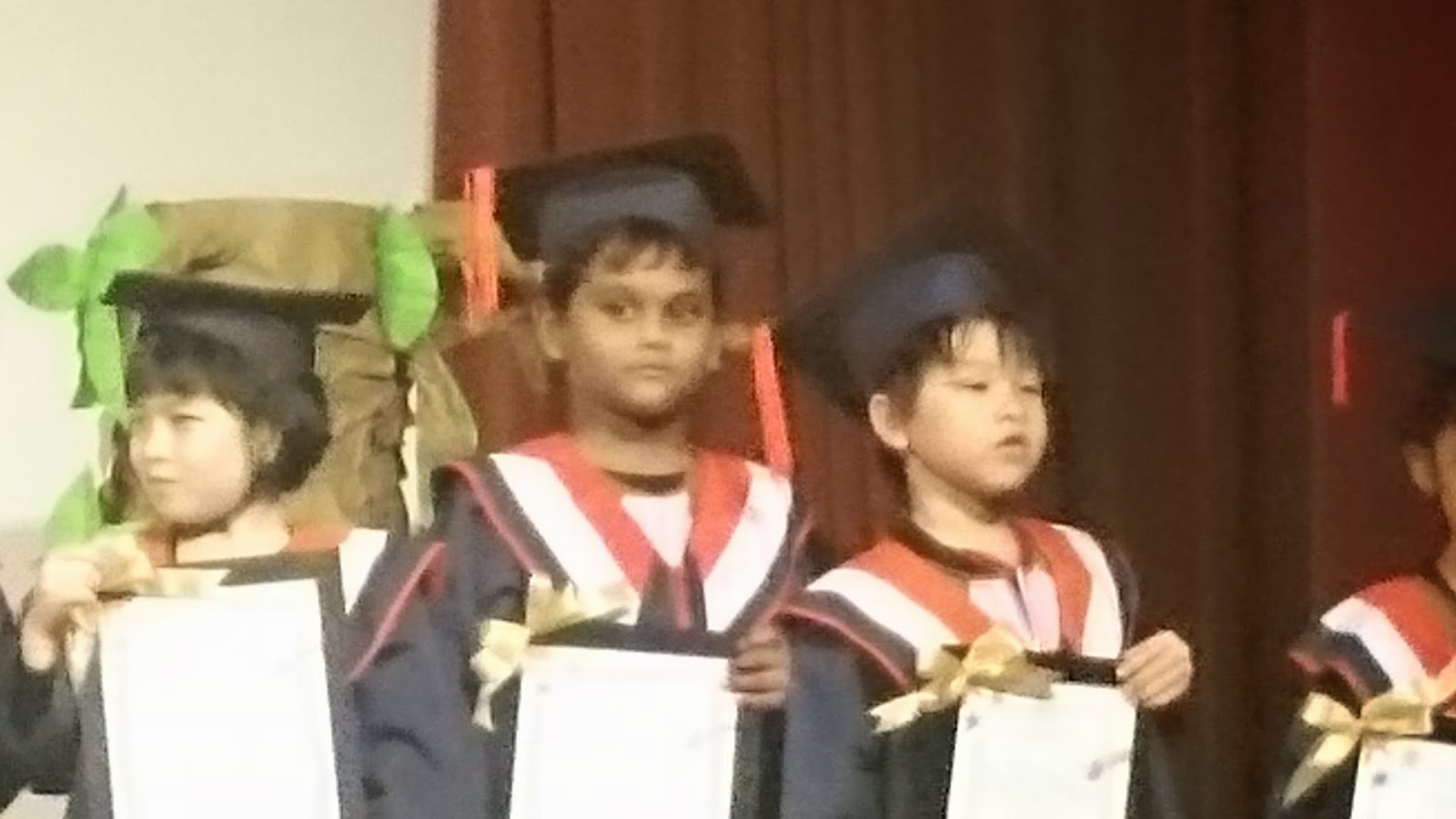 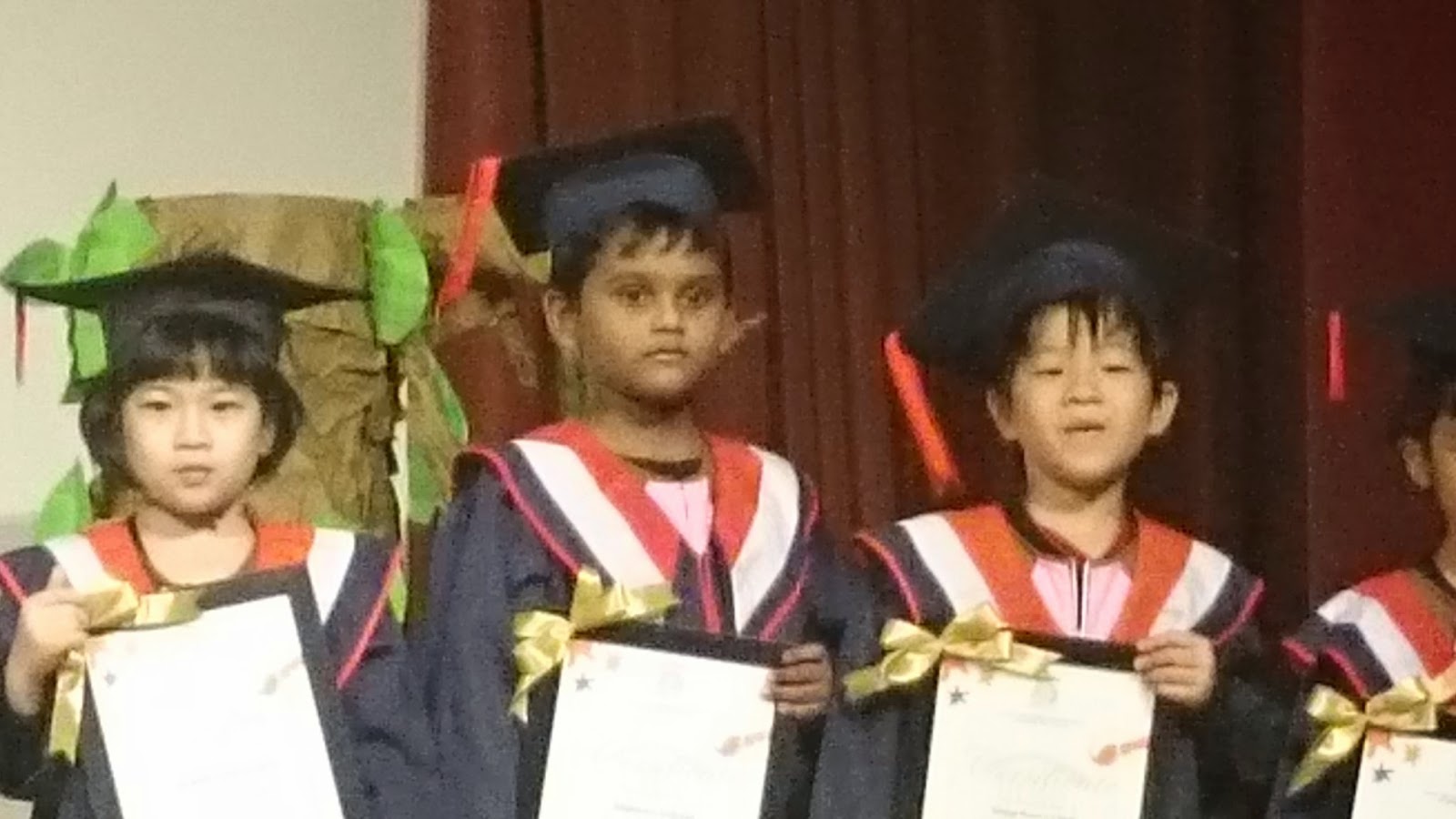 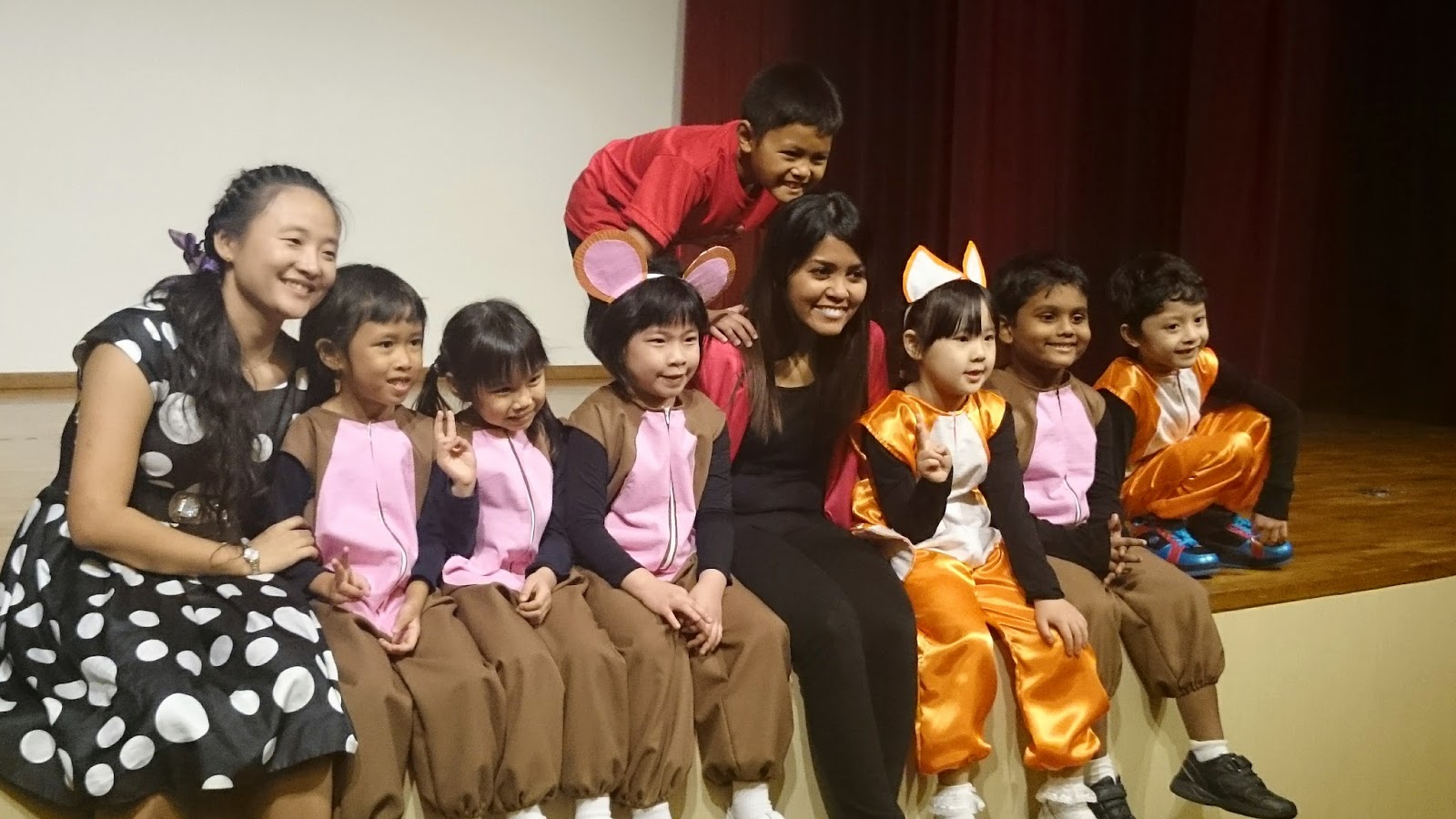 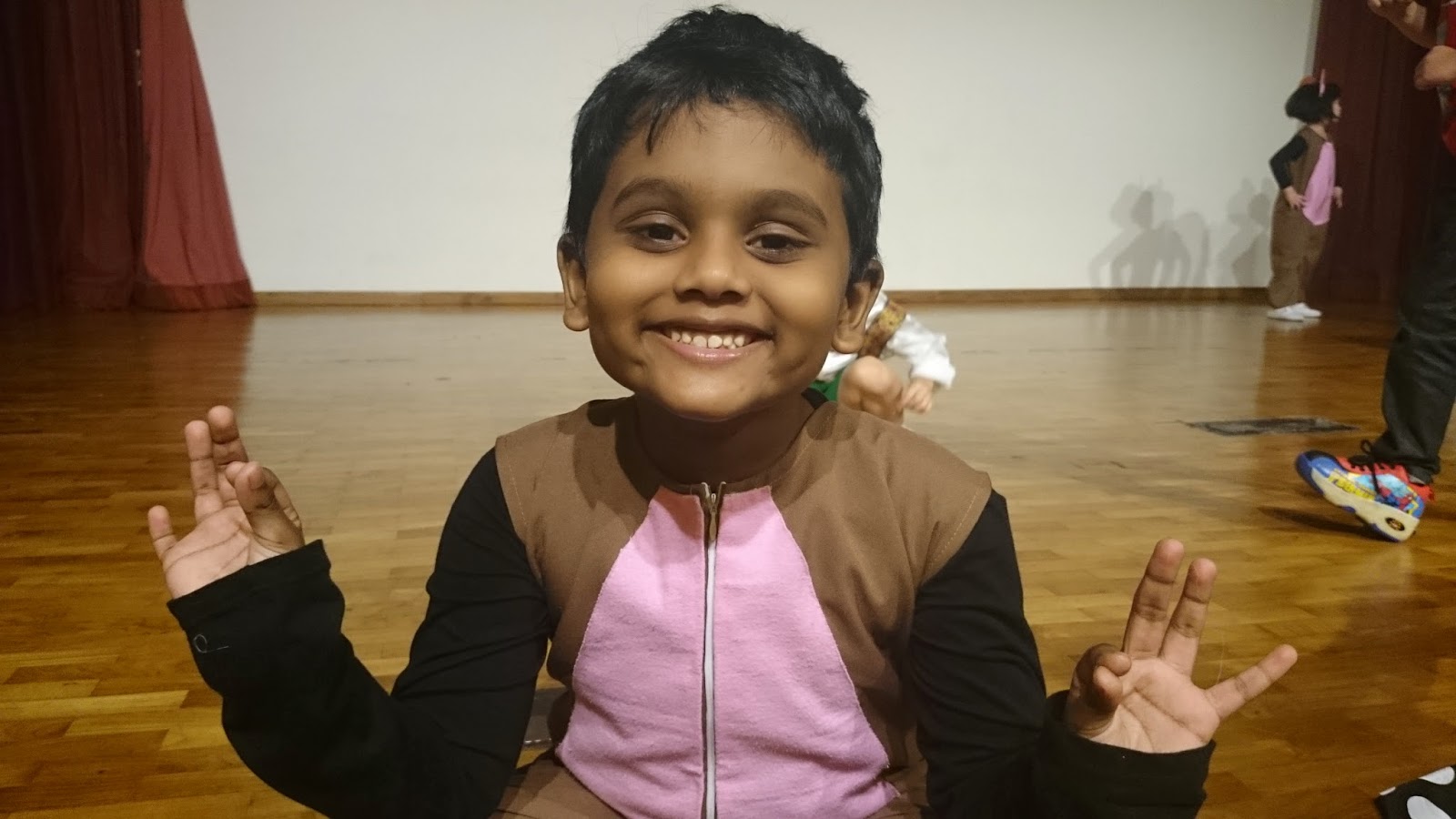 The pics and the videos are available in my FB as well.

Well - my boy is all grown up now. I am missing him more and more nowadays and I guess I am saying good bye to my small kid and his cuteness and I need to embrace the rebel that's showing up here and there.