Its the last few weeks of November and it just a month away to December.
I hardly have anything interesting to write about today, but I am having the "type something" today and also since I have forgotten my mobile and left it at home, I have nothing to twiddle with. I am at office at the time of posting this, but on lunch break.

Well lets see-  the latest happening so far was Raihaan's graduation party performance. Hes not graduating of course, but hes performing. Hes starring as the Lion in the "Lion and Mouse" drama. It was nice actually. All he did was say one or two lines and spends most of the time hiding behind the "grass" props. Both he and his friend Yulang who was the mouse did a very good job. Both TA and I were so proud of him. Raihaan was so confident and he did not seem nervous at all. There were at least 50-60 people in the hall -  but he did well.

I had to wipe away tears towards the end of the show when Raihaan and the rest of this school mates sang the "Count on Me" song from Bruno Mars. I was struggling so hard to control my overwhelming emotions. Oh gosh.. hes grown so big. 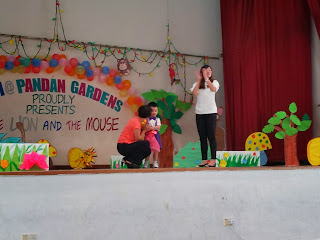 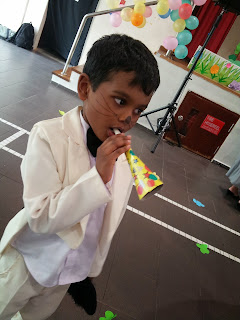 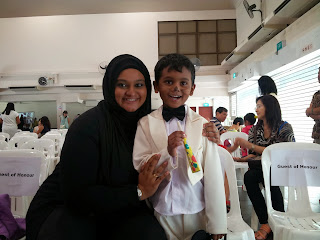 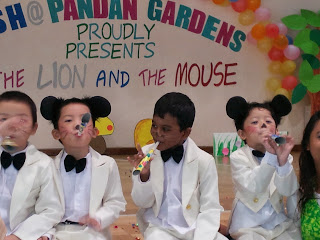 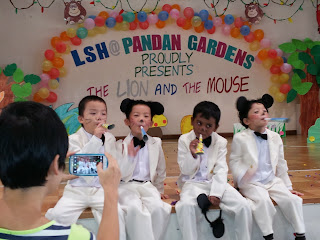 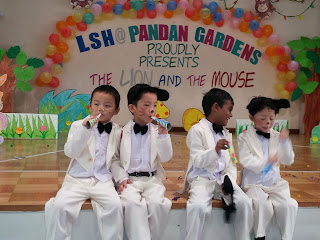 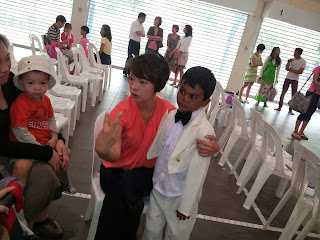 Haiz. Anyway -  that's life being a mom.
I will post more read worthy stuffs later when there are any such matters.