I am back.
I left for Chennai on the 22nd of August -  and came back today morning.

The Housewarming and the function ( a 2 day event) went well.
Apart from internal politics within TA's family ( which I have to admit -  I thoroughly enjoyed watching)  the housewarming went ahead without any hiccups.

Our house -  which is an apartment in the new development project by the SARE builders -  is the only apartment that is currently occupied. There are new occupants in the other buildings -  but we are the only ones present in our building. The development is called Dewey Terraces and ours is a 3 room apartment. The actual apartment is smaller than the showroom I saw in my last trip 2 years ago -  but the highlight was that our living room has a balcony and it faces nothing but grassland -  just like our teban flat. There are three rooms - one for my in laws, one for us and the other for the guests to come and go. I like my room the best -  cos for one it has ac and the next -  whenever i wake up-  i can see the sky. Its beautiful like that.

Ever since we stepped foot in Chennai -its been about the house. We have been travelling to and fro Central Chennai to our house. Its more than 40 km -  from the central to our home and our home is situated in a small idyllic town called Tiruporur. Mamallapuram is just 12 kms from our place. So we have been travelling up and down getting things like paints, house hold items, curtains and stuffs like that.  I wrongly assumed that once the function was over -  we would settle down. But nope -  we still had work to do. Small minute jobs like electrical, plumbing, lighting, furniture, tv tweaking ( configuring TV to Skype)

Even last night -  where we were supposed to be packing up to leave -  TA was drilling holes in the walls to hang the frames,and I had to open each and every frame and put in the pic and close them. Our flight was at 2315hrs, and we were to have left the house at 1900hrs -  but we were still working till 1845hrs. We managed to throw everything we have in our luggage and leave the house by 1930 and we were on the move by 1945hrs. I had no make up on when I left. That's how tight we were for time.

So far -  the house is 80% complete. TA took care that his parent's needs were fulfilled. Their room, the living space and their kitchen was complete. Our room had a terrible mattress with a wrong custom made bed frame. It was difficult to stay on the bed...you roll on either side -  you will fall. TA and RA fell on the floor when they were play fighting. We had no wardrobe to place all our clothes. Till the every minutes we left -  our clothes were all over the floor.

The only issues I had was that there was power cut twice a day sometimes for an hour - at times for two.  The place becomes so hot when it does. i get so irritated and the distance.From our door step to the first store is 1.5 km. Its a long walk. Its a scenic walk as well and its usually windy No complaints there -  but its really not feasible to go back and forth every time we forget to get something.

OMG the traffic in Central Chennai is madness.
I mean -  pure madness. You can get stuck in traffic for hours and no one moves.  Apart from that -  i think i had no others issues living there. The central town of Thiruporur is laid back and idyllic. Its nice and all. But the food -  is a no no. They still need to improve their food handing.
It was hot -  and I craved for Sprite and 7 up there like almost every day.

Now that we have our own place to stay as and when we go to Chennai -  TA's family is expecting to see more of me in Chennai. Apart from shopping - I don't think theres anything that interests me. I got along fine with  my SIL -  and shes been such a help to me -  I bought her a Samsung Core android for her before I left.  Shes such a good sport. I miss her though.

Anyway - families don't stop asking. Esp from India. Now they are asking TA to buy a car or some sort of vehicle to help his parents. Haj, house, household items and now car. What can i say?  They never stop asking. 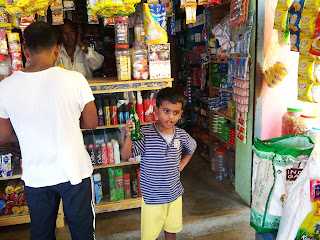 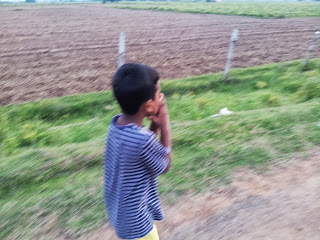 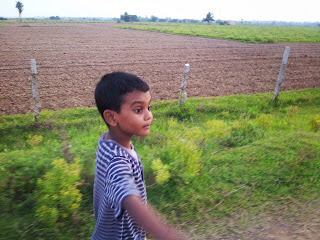 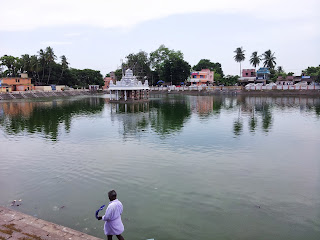