I had to think more than once on how to start writing my blog today. Really.

I was wondering what to start reporting. I was initially thinking of narrating what I did yesterday with Raihaan and post the pictures here, and then I was thinking backwards ( rewinding my thoughts). What did i think about? Well about the fact that my sister in law is coming down to visit, and that my hubby and I had a 3 day argument about him taking leave because of that, trips I planned to bring Raihaan out, my mum arriving back from her trip to her home town and stuffs like that.

Sounds a lot does it not?

I thought of bringing Raihaan out for a week full of fun filled activities..since I was not much fun during his actual holidays. And he had to go to school during the one week holiday in March. So I arranged an itinery of what to do for a week with Raihaan. I had trips planned to the zoo, botanic gardens, Sentosa and to the swimming pool. Upon discussing this with the Man, he said he was thinking of coming along since he needed a rest badly. So in between planning, we received news that my SIL was going through depression being at home - which i guess is due to her environment and family. So we invited her over to SIN

Its been 5 years since she came to Singapore and 2 years since I last saw her. I put on 5 kgs and I have no idea how she is now. (Well that such an irrelavent fact.) So now that shes coming along and I have no idea how long she would be staying, we thought of involving her in the holidays I planned. Its when we were discussing about it, that we had the argument. I commented as a joke that the Man was able to take leave when his sister was coming in from India but I have to ask and beg for leave if I asked him to do so. He was not happy, and declared that he would never take leave to go around shopping along with us.

Well anyway I cannot wait for the holidays to start, so I bought 2 tickets from GroupOn to go to Sentosa. Its a package deal where I can go to the UnderWater World, Dolphin Show, Song of the Sea show, Luge and Skyride. I bought additional 4D shows for around SGD50. It was nice. I liked the LUGE and the Skyride. But the best part of the entire trip was the beach. We spent three hours there alone and it was nice. Raihaan had such fun playing with the waves as it gently slaps on the shore. Most of the time I was taking in the view, thinking and wondering, watching out for Raihaan and looking around the people at the beach. Then in the last hour -  Raihaan wanted me to join him in getting out feets wet. Well- that was not only the body parts that were wet -  Raihaan got so wet top to bottom, I had to buy him a new pair of shorts.
But the beach was nice. It was nice and relaxing and i had time to think and whine about the tourists and be by racist self for a while. After getting Raihaan clean and dry out from his sandy pants and shirt we walked around, waited 30 mins in queue eating ice cream for the Song of the Sea. The show was quick and good.

All in all - it was a wonderful time and we enjoyed it. I need to take Raihaan out for a more of 'us' time. Really need that time off. He looks nice too...its as if though hes flying around me. Running around, getting excited with all the new things he sees...looks real nice too. I have planned more trips and hopefully when SIL is here -  we work well and not have issues with each other.

Anyway ending with pics as usual. 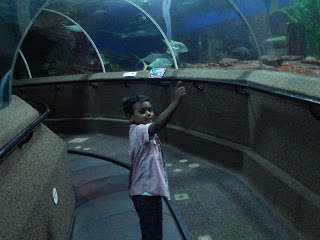 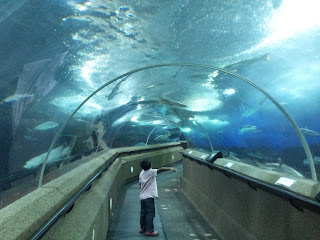 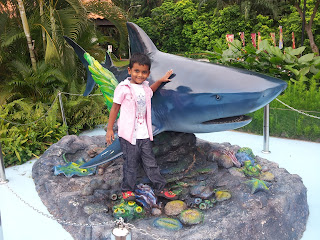 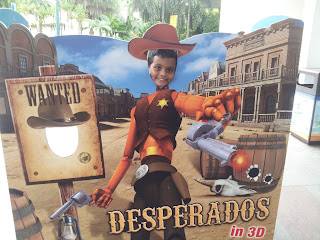 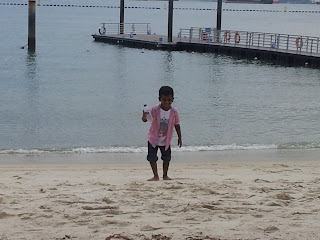 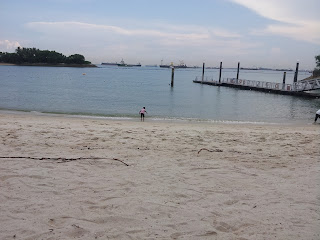 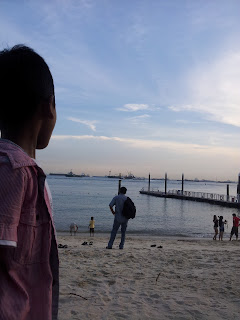 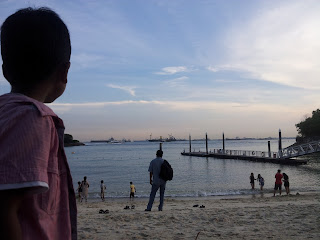