As much as I try to focus on my scholarly duties, my attention always diverts away to the showbiz.
i will try to fill in my blog as little as possible, because I am so far behind in completing my assignment for my Database module.

Well talking about Showbiz...it broke my heart to know that my favorite show Fairly Legal has been cancelled for the third season and hence the stories remain incomplete. Seriously, those people who decide to hack the show are really idiots. Its such a nice show! Anyway me sad...got me upset for a week, and I still am anyway. I was not this sad when House MD ended...i mean -  there has to be an end. But FL -  well it was just starting to rock.

Next Desperate Housewives...I stopped watching it after a while and i only started recording the shows after I caught a glimpse of it one day as I was channel hopping. I know that DH has ended and all the ladies had a happy ending...still I was sad that Mike had to die. I read that from the Internet. I also watched the last scene  of the season finale on the You Tube.

Next, Once Upon a Time, I managed to catch up the first few episodes of the series and it sort of made sense of the entire show since i only started watching somewhere from the middle...wonder when I will get to see the second season. Waiting.

Next, Scandal. I saw the trailer in Star World and recorded it, and I only started watching it today while waiting for Raihaan to come back from school. Loved it, and i love the intensity of it. Its a relief to know that the show has a second season, but I m not sure if it will get a third. 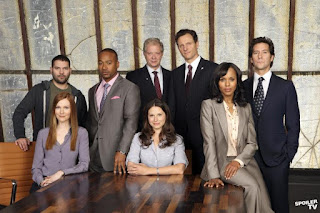 Anyway got to go. Need to work on my late assignment.