I bought my very first laptop during the weekend. In fact, its the only laptop we ever bought with our own money!! ( We realized that once we started unpacking the laptop!) I really needed it for my class and its assignment.  It was going to be the beginning of the 3rd week of school and I had not yet glanced at the assignment paper, so I was naturally worried. I started to panic when TA helped me to install the VM ware but after failed to get it loaded.After checking and researching around he told me that Mrs Lappy was lightweight and she has not much RAM to run the software. So I had to buy a new laptop.

According to my team mate, I should be getting a 3rd Generation Intel with i7. I had no idea what he meant, so began my research into laptops. After an hour or so, I understood that the 3rd Gen laptops are the latest and since I need a large amount of space for my pictures and music and the forensic software, I had to get a very powerful and affordable laptop. So TA and I went to IMM Challenger, looked around their laptops. Not happy and since TA agreed to pay for the laptop - provided I return him back the amount in 2 installments -we went to Funan.  TA wanted the "ThinkPad" -  that's IBM's actually,but it was expensive. So we checked out Dell -  where Courts was having a road show. Found the laptop, bought it and brought it back home. Oh, and they gave me 15 months free Norton Anti Virus Scan, and a 12-in-1- laptop kit. It has all the basic accessories in it. 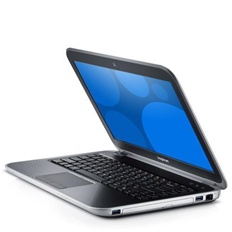 I am pretty happy with this new laptop. I have named him Mr Stark ( yes after Tony Stark). Somehow TA said that this new laptop is so rugged looking and masculine, we decided it would be 'He'. And since I need a new reliable man whom I trust with my secrets and information, I agreed to let it be a "He".

Its running Windows 7 and there's so much space in there. I don't want to bore anyone with the pc specs ( not that I cannot churn out the specs, I can, cos I have learnt it, but its a waste of my time and my blogging space) but I can get used to this. Only issue, its heavy. I am so used to my lightweight and easy to fit into any handbag- Mrs Lappy- its tough with Stark. TA got me a separate laptop bag for me since both our laptops look the same and that's somehow much much more better than the one Courts gave away.

So what will happen to Mrs Lappy? Well, I have taken the back up of all my important files and moved to the external hard disc that TA has, so there quite a huge space left. I have no idea how to reformat her, but I will learn it somehow. Once the drive is clean and back to factory settings, I will pass Mrs Lappy to my SIL who's been asking for a laptop for a very long time.

Anyway that is all  I have at the moment. Raihaan's school holidays starts this weekend on wards and we have not planned anything for him. The road trip to Malaysia did not materialize somehow and because of the tiff between TA and me, the trip slowly poofed up in the air.

Anyway I got to go. I have to check out the videos related to my course and work on my assignment. Will update when I have the time and news to do so.