Food of the day

Well nithing drastic has happened since the last time I posted, which was a couple of hours ago by the way. I am undoubtfully free, I have the time for myself and since I m not doing anything thats killing at the moment, thought of posting really banters that does not necessarily make any sense to anyone.

For example, my cooking. My cooking has taken a severe beating for thepast few weeks because MOTH is not eating from home. So, my cooking has gone down the drain, but then I love to cook sans the washup. So today, I cooked Kashmiri Pulao, and thats because I had pineapple at home. Only ingredients missing were coriander leaves, and grapes and the fruit that looks like ruby seeds, not sure the name of the fruit though.
Check out the pic.

It actually tasted good, just a little short of salt, but Raihaan loved it.

And talking about Raihaan, we went out some time back ago, and I took some pics of him.
﻿ ﻿ 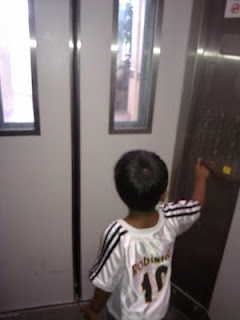 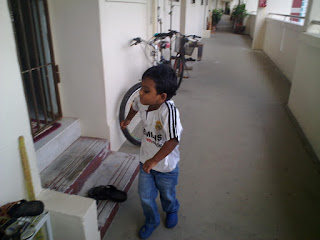 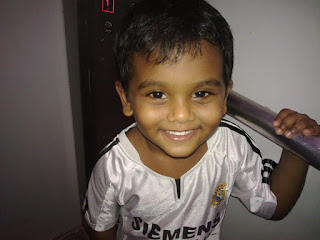 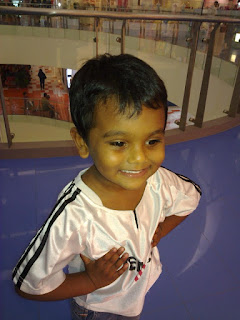 ﻿ ﻿ My friend Geets wanted to check out the pics I took in France, but somehow or rather, the pics are way too big a size and Flickr is charging me for the pics. I have to look for a suitable free photo website to add my pics. 'Multiply' sort of gave me some issues uploading the pics, so thats out. I did not upload all the pics in Facebook because FB really sucks when it comes to uploading pictures.

Oh I just watched a new movie called 'Morning Glory'. It had Diane Keaton and Harrison Ford and that young girl, whose name I cannot recall. But anyway, the movie is kind of cute and nice. Makes you think and feel that anything is possible and that you need the guts to face life and change the things around you and that you can make things possible. Nice movie, really liked it.  I seemed to have watched a couple of movies for the past week. "Gullivers Travel', 'Tron',  and there was a Matt Damon movie I watched which was really nice and spooky, but nice -  forgot the name. Have watched almost all new movies, just waiting to watch Fast and Furious 5, Pirates of the Carribean, KungFu Panda 2. Raihaan wants to watch the last two. He sort of finds Johnny Depp funny,

Talking about Johnny Depp -  the other movie he did - ' The Tourist' with Angelina Jolie -  really sucked big time. Hated it. Was able to figure out the finale right from the start.

Anyways thats all I have at the moment. Did not use the free time I had to think and reflect, so will do that next weekday which falls this coming Monday for me.
Its office day tomorrow, so no free time.
I am attending a seminar from Friday to Sunday -  not Amway's. Its a 3 day seminar by the National Achiever's Congress -  it has some great speakers and I managed to register for the event for a lower price, so going to go.
So the next available free day will be Monday.
Ciao for now.