I m currently not sure if having two blogs is a good thing now. Well for one reason, no longer blogging about J - since hes out of my life's radar. So i dun think i need to keep up with the two different blogs. It keeps me confused on what i have and have not added.

Well anyway back to my life.
At the moment, right now as i m blogging - i m one hour away from my 31st birthday. I m still me. I have not had any AHA moment in my life yet. So far, my major achievements up to date are as follows:

1) Passed PSLE
2) Major crush with a guy 13 years my senior when i was just 13.
3) Passed N levels
4) Passed O levels
5) When through poly and graduated
6) Worked in 4 different companies in 10 years of working life
7) Major relation ship with a north indian idiot 3 years younger than me that ended really badly
8) Marriage with TA
9) Life with TA
10) Trying to get pregnant
11) Being pregnant
12) The day of labour, and the first night with our new baby
13) Being with Raihaan
14) Quitting work to be a full time mum.

So far thats all i know that i have done. Now i have to be honest. I did not include the number of guys i had flings with, cos though they were important as well - we all have to move on one day or another. So flings and things that i m not happy to write about are not added here.

Next thing on the agenda is my AUB issue. AUB = Abnormal Uterine Bleeding.
I searched the Net for the bleeding case i have been having, and found the name for it. I also read in this month's O mag that having PCOS is another reason why hair thins and once the issue has been resolved, hair will grow back to normal. I really hope the reason why i have lost 80% of my hair is cos of this. Cos i have no other reason for this drastic hair loss.

I had a feeling that this is something I should not be putting off carelessly. So i have after much deep thinking and contemplating, made an appointment with my gyn, Dr Anna. I will be meeting up with her on the 9th of March, 1640 hrs. I will update once the checkup is over.

Then the thing about our baby. Though TA and I have plans to have another baby this year - i have to be honest that i m not putting an effort in it. I was at first - till we had guests in the house. I have stopped yoga and walking the threadmill for the past one month. I think i have to get back to it. I have started to have my dinner before 9pm, so thats one down. I have to move my body somehow.
I m still 98kgs and though its not moving forward to 100kg - its not going towards 90kg as well. I m very sad as well. I have to do something, but with the work i do at home, i don't have the time.

I have been starting up my studies on Forex now. Its been 3 months since i stopped working outside and now i have to start working from home. I need to work on my forex skill. I need to generate revenue somehow.

Henna exam is not over yet. Vino has not confirmed the timimg with me yet. I m not confident of doing a great job, but i hope i can just complete that darn thing. I started that class in Nov and i have not completed it yet. I m getting irritated.

I have also signed up for a Bobbi Brown Master class this mid March. Its a three hours make up class at Isetan. I need that class to somehow help me decide on how to apply makeup with care. i m kinda weak in applying foundation and all. So though i know i m not gonna be a pro with a 3 hour class, i m not in Napolean Perdis master class to worry about being eliminated. So i m doing something i like.


Raihaan is in his 3rd month at play group now. Hes enjoying his lessons and so far so good. 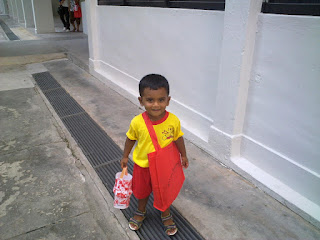 Things at home with my mum and Sis are ok. Somewhere last week, Prabha and I with the kids in row went to Science Centre, met up with Rabeena. She single handedly brought Muhammed and Katheejah along. The kids had fun, but i had my ear drum break and crash when we went home with the kids in a cab. I was sitting in the front, Prabha and Rabeena were at the back seat with Raihaan, Muhammad, Karthee and Katheejah.

I think Raihaan started bawling , which then marked the beginning of the end in the cab. The cab driver was fuming inside - which we know cos he kept turning his head to look and frown the kids. And thr traffic was way too bad. So instead of dropping infornt of my mum's flat in west coast, we dropped at the AY market and walked home. It was quite terrible. How one kid can start a whole bawling fest in the back of a cab.

Well anyway, i think i need to go and rest now. I am kinda tired. The housework crap and all is taking a toll on me i think. Hubby said he wants me to come to Tanjong Pagar to have lunch with him as my birthday gift. You will think that i m having lunch with Pres. Obama or something like that. Seeems like i have to be grateful. He said lunch at Amara hotel, so i m assuming hes taking me to the makan place at the 4th floor of Amara Hotel. Hubby - romance-nil. Creativity - nil. Imagination - nil. What can i say? Used to this.

Got to go. Need to read up and catch up on Forex. Got a book called " Trading for a living" written by Alexander Elder. Will update more when i have the time.

Ciao. Leaving with latest pics. By the way - Happy 31st birthday to me. 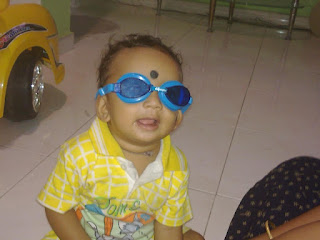