its been a while since i posted...i m aware.

I took 3 days of working leave from the 8th of Oct to the 10th of Oct this month.
8th of Oct was the scheduled photoshoot we had with Azlida. Really -  the past few days have been very memorable.

Initially it was supposed to be just a day off, but mum waned me to follow her to NUH  so i took
Thurs off. Then i was figuring why the hell i should be going to work on Fri -  the last day of work. So i took Fri off as well. So all in all i had 5 days of rest!

Dad refused to come for the photoshoot. Being a jerk again. No matter what i said to him he was adamant that he did not want to come. I said..or rather screamed whatever i wanted to say at him. So only mum came in the end.

Actually it was just supposed to be the three of us. But somehow i have been thinking of capturing the moments Raihaan spents with my parents. So i invited my parents to come along. Dad was game at first...but dunno what came over him. He pulled out last minute -  like always.

Anyway i called Azlida on Mon, checked out the details to do on the day itself. Trimmed my hair and had my nails manicured ( for the 1st time in my life-  did it French). Did home made facials to ensure that i dun carry the dullness of my job into my face.  On the night before the photoshoot I slept late trying to figure out what to wear. I was walking to the balcony where my clothes were left to dry and to my wardrobe. To and fro. To and fro. Had no idea. Infact it was just 30 minutes before we left home i decided what to wear the following day.

Raihaan's stuffs were already planned before hand. He was to wear the new clothes we bought him from Cheateu De Sable  and the clothes his grandma bought for him. Come Wednesday morning, after getting Raihaan ready after his breakfast and bath we left the house late.We had packed all the clothes required for the photoshoot, the kuehs for TA and Raihaan's stuffs. Picked mum on the way and headed to Upper Eastcoast. The photoshoot was supposed to be at 9am. But we reached there more than 30 mins late. Azlida chided me for being late.

She led us to her studio in the basement. Mum and TAwere impressed at the huge scality of the house. First time they were there. They were in awe just like i was in the beginning. Her house is 4 storeys high. So we had to get down 2 storey to reach her basement. Azlida immediately got down into her work by asking us to show the outfits we intended to wear as well as Raihaan's. She asked me to wear the shirt i was wearing since it was simple and black. After the colour co ordinaiton was over, she  got the orders from all of us for the drinks and left.
I tried to get my makeup done while TA tried to eat his kuehs.

It was fun. Din know modelling was tough till that day. Raihaan had to smile so all of us ( incl the maid) had to cajol him and woo him over. It was tough. He was not smiling all the time, but he was getting bored at mummy and daddy kissing and hugging him and that includes Grandma as well.

We did the shot within the four hours and left to West Coast. Dunno why but all three of us slept soundly the moment we hit home. I was so sleepy. We were supposed to go shopping to get Raihaan's swimwear. But i was so totally tired and kinda drugged...so the plan was scrapped.

On Thursday we went to IMM and got all three of us the gear for swimming. We took a cab and got down at Clementi Swimming pool. We were there at half past 6..so not many people were there. I mean its a weekday...who will be there at that hour?

Got Raihaan in to the water.  We played with him for a while and them left home.

As promised, we got out sneak preview of the photoshoot. I was so happy when i saw them. She captured the shots that were so near and dear to me. I was just ecstastic that i managed
to get time frozen on Raihaan's childhood.

I got the entire shots on Fri itself. She said she will give me 30 shots, but i counted 32. All of them were beautiful and i enjoyed it very well.

Fri we did nothing much - just stayed at home. But i went to IMM again with Mum cos she wanted to go to Best Denki to use the voucher i gave her for Mother's Day. So we shopped at Best Denki. She bought rice cooker, chopper and something else i forgot now. I got myself a Braun chopper -  only 49 dollars.

Sat -  was Azim's 2nd daughter's first bday. Went there and  got tired cos we took the train to venture. Meher turned 1. Farzana's invite said that the party was to start at 2pm. I was there at 3 and i din see no soul. Everyboy turned out late. We took some pics, had some food and left to West Coast. Pappa Akka and entire clan was coming to visit, so we had to rush back to West Coast.

Not bad -  the first two kids of Azees uncle hav grown up. Elias Jamal was so matured he was looking after all the kids.... there were three babies all under 12 months of age. Danish- Uncle Azees's son,Mohammad and Raihaan.

Sun -  went to the Sikh temple to attend temple prayer for Rajen. Met that fellow as well. Nearly had a heart attack when i saw him...he looked typical Punjabi with beard and a pick turban.
Pretty shocking you can say. Met a charming punjabi photographer who thought i was a punjabi....he can speak tamil as well!!

Anyway saw way too many pretty gals and good looking guys First time i went to a Sikh temple. Good food. I love the punjabi culture cos they are very charitable.I always have been an ardent fan of the punjabi people. Many people who dunno the sikh culture think that they are violent big people who carry sword with them. Very wrong. I read abt Sikhisim and have great respect to the Gurus. They dun believe in idol worshipping and are very charitable people. To know why they carry swords and why all Sikhs have Singh and Kaurs at the end of the name -  people must take the initative to understanbd them. The Sikhs has a long history and have come a long way.

I never saw R as a Punjabi....the same way i looked at all my friends. They have always been colurless, religionless and raceless to me. So when i saw Rajen after a long break with his new look - i was taken a back. The cool drop dead gorgeous brother of mine is back with a look typially Punjabi. Well...he did warn me though. He called me up last monday when i was on my way to work. We just chatted a while and as always he was in a rush.

Its been a long time since i talked to Rajen. We used to have long conversations when we were in school. Where did the time go? Its kinda sad to know that all the good time I had in poly are long gone. I wonder who said  this.....not sure if it was Rajen or Thiagu...everybody starts to get their own life and soon will not be able to spend as much time as we did when we were younger.
Its different for me.....cos after poly the others met out alot. I was left out cos of my mum. I guess they all were closer...me an outsider as usual.

Have to end the posting now....my five days with Raihaan were nice and memorable. I enjoy each and every moment I am with Raihaan. I wish i could do more than this though. 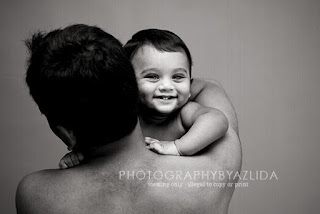 Posting the sneak shots of the photoshoot. 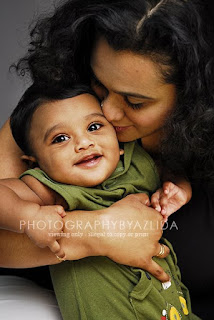 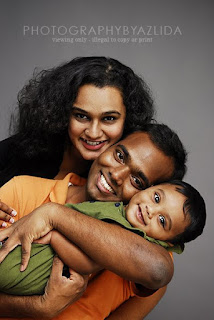